“On the day when it will be possible for woman to lovenot in her weakness but in her strength, not to escape herself but to find herself, not to abase herself but to assert herself -on that day love will become for her, as for man, a source of life and not of mortal danger.”

C.A.M. Gallery is pleased to announce the third solo show by Ayşe Bezenmiş. New work that she produced with her figures, which became iconic through her own language, can be viewed between April 8th to May 10th.

Bezenmiş creates an oneiric universe highlighted with symbols in her oeuvre. Woman’s world, which constitutes the main theme of her drawings and paintings, also comes forward in this series, and a synthesis is created by the artist with metaphors.

Works include women who seem light as a feather, but sentimentally heavy, gaze upon an unknown point and proud women, sensitive like ‘paper’, which is also the artist’s favorite surface medium. Suspended in a state of mind, frozen in a period of time; women in a close embrace with animals which appear as a metaphor of an image or notion as well as images of the sense of beauty of the artist, drags us to a heavenly refreshing place creating a surreal perception.

In this ‘Romance’ exhibition, her drawings are embroidered patiently like lacework accompanied by oil paintings. In her oil paintings the artist applies the color using thin layers and builds a holistic painting surface; through the perspective of painted layers with an effect of tulle she invites us to understand her feelings.

The artist’s figures take form with emotional and spiritual processes, from the artistic point experienced with glaze. In another sense, her maidens step closer to womanhood.

Bezenmis composes her drawing as research between figurative and abstract interior / storytelling and surrealism; her work manifests trough technical characteristics that can be seen as ‘a glossary of textures’ created through charcoal.  Bezenmiş’s minimal and indirect approach in which the balance has been measured, gestures has been controlled reveals a synthesis of signs, forms, and spaces.

A genesis issued from reality, the day-to-day flows to an invisible zone of feeling and impression, and is formalized as a language firmly tied to its medium. 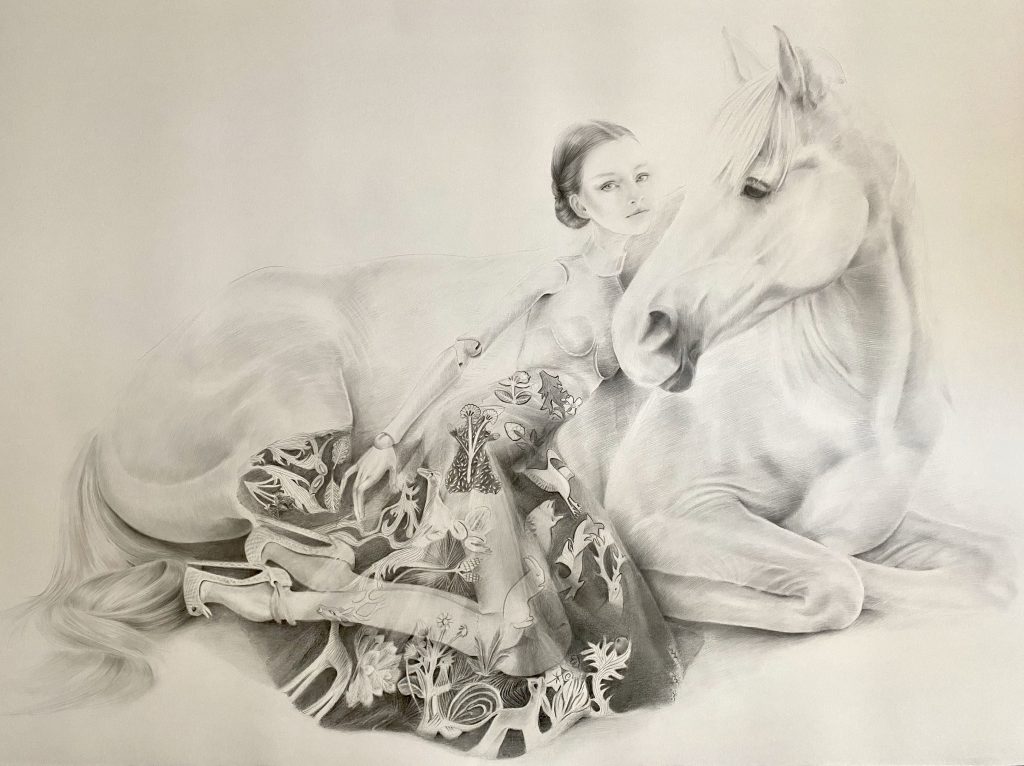